What is 3D4D Ultrasound?

Quite simply, ultrasound, which is used in many different fields, is sound waves beyond the human hearing range.

Here’s how ultrasound works in pregnancy: As early as 16 weeks, women can see a “fetal portrait” of their baby and determine its gender. Ultrasound technology has improved dramatically over the decades from flat, grainy black and white images to the current three-dimensional time experience.

Most hospitals offer some 3D scanning, but 3D ultrasound produces images that show the width, height and depth of a developing child. Rather than sending sound waves straight into the womb and recording when they bounce back as is common in 2D imaging, 3D ultrasound sends sound waves from different angles. A computer then renders a 3D image based on this data.

4D ultrasound adds movement as it occurs. The fourth dimension is time. You’re actually watching your baby live in 3D mode. How cool is that? 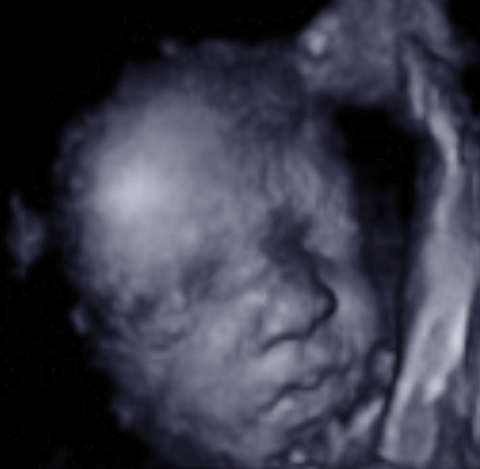 Q: How far along do you have to be for a gender scan?

A:  Gender can usually be determined at 16 weeks.

Q: What if you cannot determine the gender with the first scan?

A:  If the gender cannot be determined due to the fetal position a repeat scan the following week is done at no additional charge.

Q: How many people can I bring along to view the scan?

A:  There is seating for several and standing room for family and friends.

Q: Do I need a full bladder?

A:  No, it isn’t necessary. But we do prefer that you do not empty your bladder immediately prior to your appointment.

Q: Do I need an appointment?

A:  Yes, but many times you can  get in the same day by calling or booking an appointment online.

Q: Do you do any other scans in addition to obstetrical?

Q: Do you have evening appointments?

A:  Yes, Monday evenings are available.

Q: If I want to come back for a few pictures without measurements, how much would you charge?

Q: Is it possible to have get an appointment that doesn’t show available time on the schedule?

Stay up to date with our Newsletter